Lutheran services were held in the Placerville area as far back as 1880. Lutheran Circuit riders would come into town periodically to do the services. In 1925 the Presbyterian Church of Placerville invited us to use their church any Sunday for a nominal fee of $2.50 to pay for fuel and janitor expenses. 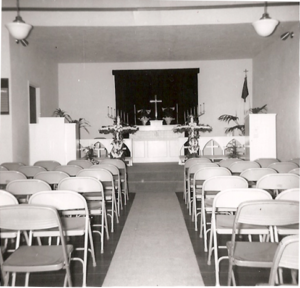 In October 1933, Rev. Carl Fickenscher (his son, Rev. Robert Fickenscher, is currently a guest pastor for us) began to make monthly trips to Placerville to conduct services. The very first of these services was held in the old Coon Hollow School house in Placerville. There were 8 people at this worship service; two from Placerville and six from Sacramento. After several years these services were increased to semimonthly and were conducted in the afternoon around 3:00 P.M. to allow time for the pastor to conduct services in his own church before traveling up the hill for ours. Rev. Fickenscher continued these services until 1943. 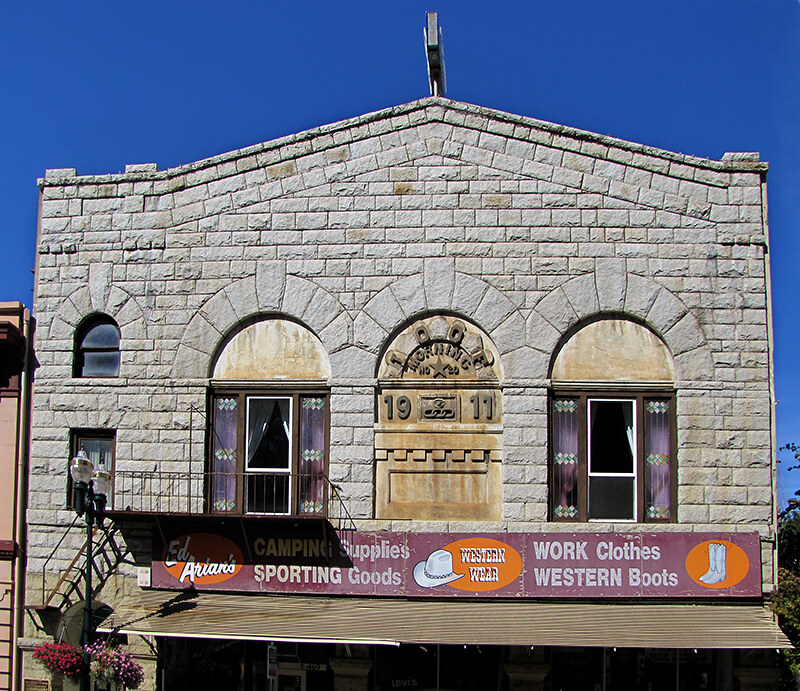 In July 1953, Vicar Walter Warmann accepted a call to the Lutheran Mission Church in Placerville. Rev. Carl Fickenscher, then President of the California-Nevada district, performed the Rite of Ordination and Commissioning for Pastor Warmann as Missionary~at~Large.

The first Sunday Service in the new schoolhouse church was held on Sunday,  March 21, 1954. Attendance that Sunday included 38 adults and 18 children.

Early in 1955, Pastor Warmann received and accepted a call from a church in Susanville, California.

Don O. Herman, a student minister, was assigned as the new pastor for Placerville. The new pastor would arrive during the summer. The Rite of Ordination and Commission was held on Sunday, August 14, 1955. the Rev. Carl Fickenscher officiated. Pastor Herman gave his first sermon the following Sunday, August 21, 1955.

The population growth in the Placerville area created a demand for child day care, after considerable planning, a Child Development Center (CDC) was opened in August 1987.

Vicar Richard Riggert arrived in August, 1996. In January 1997 the Church Council recommended to the congregation to call  Richard Riggert as our associate pastor. He accepted and was ordained and installed. In March Pastor Meyer received a call from good Shepherd Lutheran Church in Alexandria, Minnesota. He accepted the call and his last day at First Lutheran was June 30, 1998.

On Valentine’s Day, 1999, Rev. Rodney Hilpert joined First Lutheran as associate pastor. Pastor Rich received a call from a church in Lancaster. He accepted the call and his last day at First Lutheran was December 17, 2000.

May 16, 2004, because of health problems, Pastor Rod Hilpert stepped down from the pulpit and we entered the Interim Pastor program with Rev. Bob  Fickenscher, the son of  Rev. Carl Fickenscher who was one of the first Pastors to hold services in Placerville for the mission, as noted above.

In November of 2005 we called Rev. Mark Haas of Peace Lutheran in Sacramento. Pastor Mark accepted this call on December 4th and was installed on January 29, 2006.

In August, 2015 we received Vicar Kevin Foley from Concordia Theological Seminary, Fort Wayne.  August the following year Pastor Mark retired and we ordained and installed Pastor Kevin Foley as our new pastor. Pastor Foley, his wife (Anna) and their three children (Elijah James, John Mark, & Lillian Christine)  remained with us for just over six years. Pastor Foley received a call from a church in Omaha, he accepted that call and they moved on May 13, 2022.

In January 2023 we sent a call to Pastor Mark A. Oatman, he accepted our call, he plans to start February 5, he is now in the process of moving to Placerville. We are so happy to have Pastor and Debbie Oatman join us.